The Pamir Highway is a road trip of a lifetime, a true adventure in every sense of the word. Also known as the M41, the highway technically begins in Mazar e Sharif, Afghanistan before cutting through the southwest corner of Uzbekistan to enter Tajikistan, but the Pamir Highway is typically started from Dushanbe, Tajikistan, and ends in Osh, Kyrgyzstan.

Constructed between the late 19th century and early 20th century, the Soviet Union built the Pamir Highway as a major supply route for goods to reach the Gorno Badakhshan Autonomous Oblast (GBAO), although the route dates back millennia to the days of the Silk Road, having served as a thoroughfare between the east and west.

Much like the Silk Road, there are several variations of and side trips from the Pamir Highway road trip such as the Wakhan Valley Road that hugs the shore of the Panj River with views into Afghanistan’s Wakhan Corridor, side trips along the Bartang Highway, Vanj Valley or Shokhdara Valley, and the wild adventures that lie in the extreme southeast of Tajikistan.

A short jaunt from Dushanbe, Nurek Reservoir is a popular photo op as you make your way toward Qala i Khumb. For those wanting to break up the journey, Nurek serves as a great place to stop off for a night or two to relax.

Dating back to the 11th century this fortress is a worthy stop as you pass nearby the city of Kulob toward Shurubod Pass on the way to Qala i Khumb.

Qala i Khumb in one of the major towns you’ll pass through as you travel along the Pamir Highway. It’s name means Khumb Castle, referencing the Khumb River that passes through town on its way to meet with the larger Panj River. Qala i Khumb serves as a great stopping off point to break up the long road journey between Dushanbe and Khorog and offers several homestay and guesthouse options in addition to a hotel.

The gateway to the ‘Roof of the World’, Khorog is the largest city in the Pamir and where the true adventure of the Pamir Highway begins. Khorog serves as a great place to relax with its shaded Khorog Central Park, leafy botanical garden, and nearby excursions to Garm Chashma Hot Springs, and the Koh i Lal ruby mine.

Those taking extra time in Khorog can take on a nice day hike that offers stunning aerial views of the city nestled in the Gunt Valley below. Khorog has several hotels, hostels, and guesthouses available to travelers.

Murghab has a gritty feel given its high altitude and limited infrastructure, a place that in some ways is on the edge of the world. It’s not the most beautiful town on earth, but it serves as a great jumping-off point for trekking adventures in the High Pamir, a side trip to the lakes of Rangkul, and further exploration into the Eastern Pamir. The are a scattering of guesthouses and homestays to choose from in and around Murghab.

The highest point of the Pamir Highway, Ak Baital rises to a staggering 4,655 meters above sea level. So high that it’s not unusual to see snow falling here even in the dead of summer. This is a great place for spotting Marco Polo sheep and ibex, so keep an eye out as you go up and over the pass as you journey between Murghab and Karakul.

Karakul is a large lake close to the Kyrgyz border with a shoreside village of the same name. The lake was created by a meteor impact.

Many who visit Karakul do so quickly on their way between Murghab and Osh, but there is enough to see around here to warrant an overnight or two including a lovely hike to summit nearby Aral Yuj Peak that offers sweeping views of the lake below. 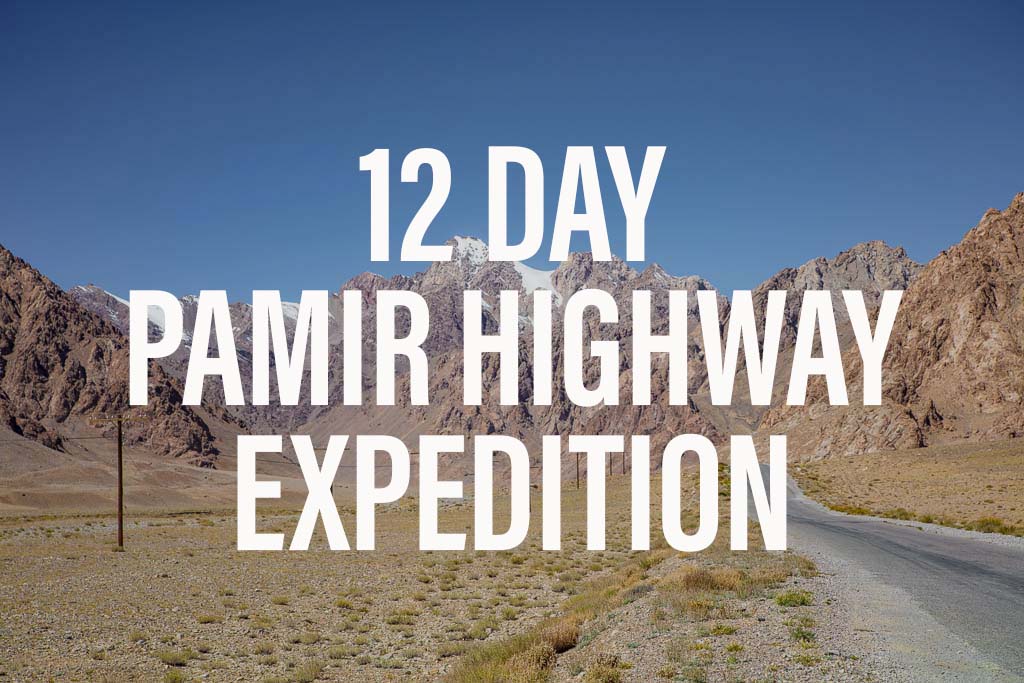