The Fergana Valley is a vibrant and culturally fascinating region that spans three countries- Tajikistan, Uzbekistan, and Kyrgyzstan. The region has seen its fair share of strife following the dissolution of the Soviet Union being divided between three nations, however, the dust has settled and the area is seeing tourists again.

Most of Tajikistan’s architectural gems sit in the Fergana Valley’s cities of Khujand and Istaravshan. The region also hosts a massive salt flat, secret cities, and even a giant Lenin bust.

The Tajik Fergana Valley makes for a great trip for those wanting to visit Tajikistan but do not have a lot of time to dedicate to the country, and is a great option for those that don’t want to take on the physical demands of the Fann or Pamir Mountains.

Tajikistan’s second city, Khujand has a long history perched on the Silk Road. The Panjshanbe Bazaar is a great place from which to start exploring the city, especially on a Thursday when the bazaar is at its busiest (its name translates to ‘Thursday Bazaar’). From here walk across the square to check out the Panjshanbe Registon comprised of the Masjid i Jami Mosque & Madrasa and the Sheik Musil ad Din Mausoleum.

No visit to Khujand would be complete without a visit to the Khujand Citadel. A dish not to be missed while in Khujand is a soup called javari which is made using a local pulse by the same name. It can be found served up in several chaikhanas and restaurants around the city.

Istaravshan is a dream for architecture enthusiasts visiting Tajikistan as it boasts many of the country’s most beautiful mosques and madrasas. The bustling Istaravshan Bazaar is a great place to do some shopping and to see blacksmiths hard at work creating metalworks.

Another must-see outside of the city is the giant bust of Lenin that sits on the edge of a lovely reservoir.

Less than 90 minutes east down a bumpy road from Khujand will bring you to one of the Tajik Fergana Valley’s most beautiful natural features- the Akhkon Salt Flat (you will also find it called Asht or Buloq Salt Flat. Reminiscent of a miniature Salar de Uyuni, the Akhkon Salt flat is best observed in the early morning or late afternoon when the skies are at their most spectacular.

One thing that makes the salt flat unique is the spa that exists at the end of the road as you approach the pan. Here you can take a rustic mud spa in the earth exposed underneath the crusty salt layer before taking a dip in pools of salt water.

During the Soviet-era uranium was discovered in a few locations in the Tajik Fergana Valley. Soon, closed cities were established and mining began.

The most well-known is the small city of Taboshar (now called Istiklol), where an open-pit uranium mine was established and still sits abandoned. Following the dissolution of the USSR, Taboshar was declassified and it became possible to visit. The town features unique German-style architecture as much of the town was built, established, and lived in by Germans brought here to establish the mine.

The other secret cities you can find here are Chkalovsk (now Buston) and Sovietabad (now called Ghafurov).

Just a short jaunt from Istaravshan is the beautiful Shahristan region featuring rolling green mountains and some wonderful and lighter hiking than you’ll find in other parts of the country. The Shahristan region is seldomly visited by foreign tourists, so you’ll feel truly off the beaten path in these hills.

The closest thing to a beach resort you can find for hundreds of kilometers, Lake Kairakum is an artificial reservoir located just east of Khujand. 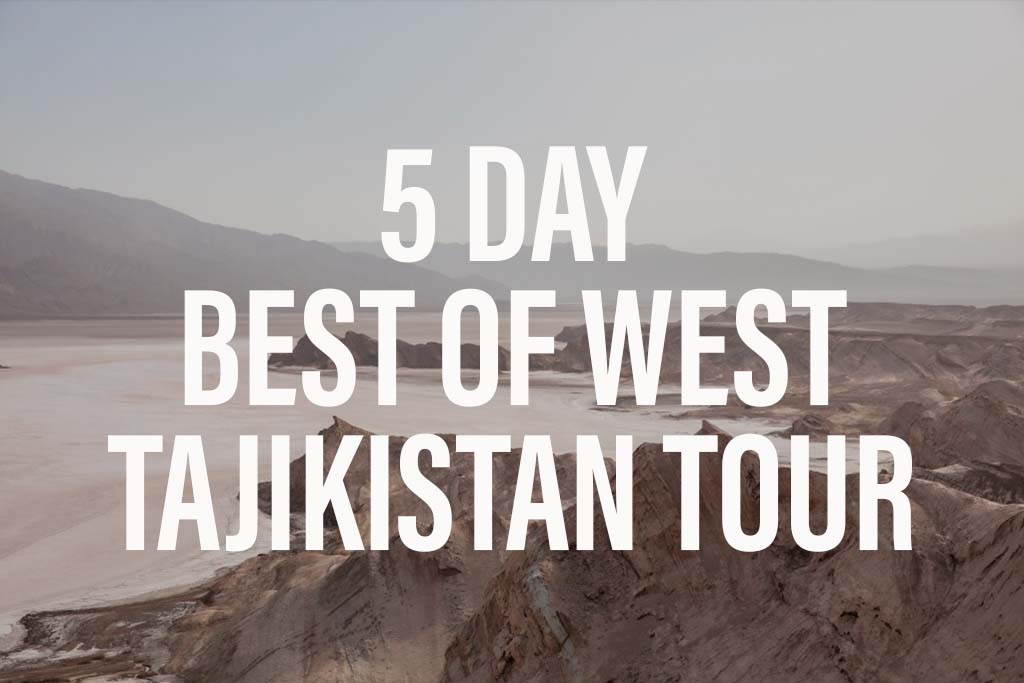